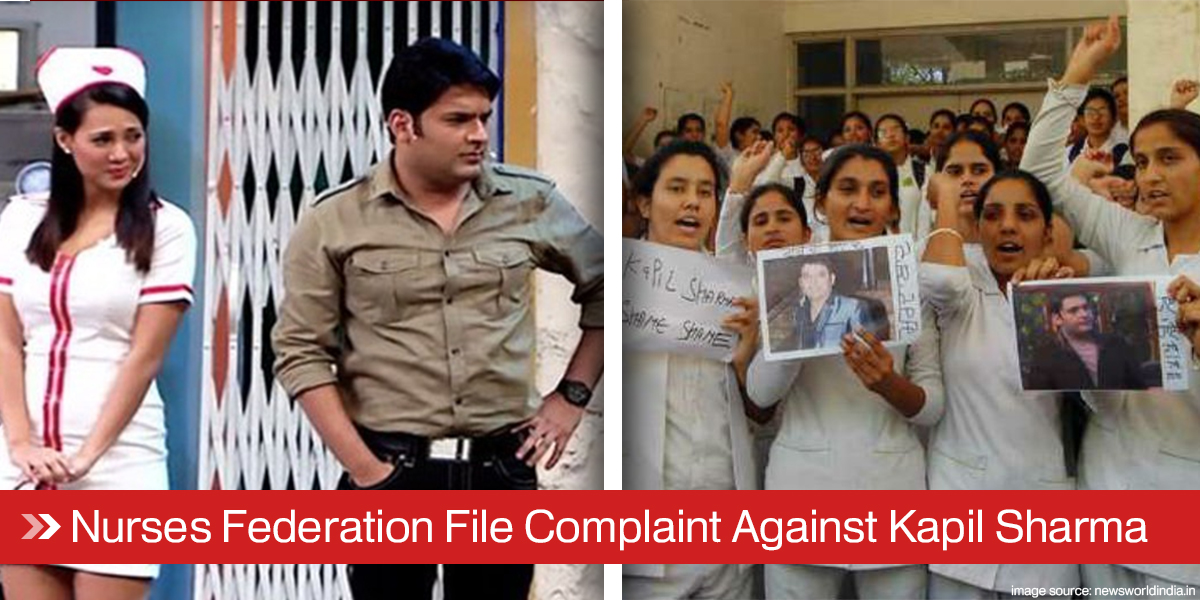 Did you know that the All India Government Nurses’ Federation has slammed The Kapil Sharma Show? Not just this, they even want it to be taken off-air?

Nurses from medical colleges and hospitals held a demonstration at Guru Nanak Dev Hospital, Amritsar in order to protest against the show. According to them Nurses were depicted in poor light and the nursing profession was demeaned in the particular episode.

The battle did not end there. The Nurse Association went a step further and lodged a complaint against the host of the show, Kapil Sharma and two others including Navjot Singh Sidhu. They also demanded an apology from the team for showing the nursing profession in a poor light.

The federation has not only ask for an apology from the stand-up comedian, but also from Navjot Singh Sidhu for being a part of a show that encourages such objectification of the nursing profession. It would surprise readers to know that his wife is a doctor and a part of the health-care fraternity.

The ace comedian, Kapil Sharma, after landing in the trouble for the controversial portrayal of nurses, said in defense that the protesters might have misunderstood his intentions and that the show didn’t and never will deliberately hurt anyone’s sentiments.

Yet, the media pressed further and asked if the characters dressed as nurses would continue to be a part of the show even after the protests, to which Kapil replied, “Definitely, they will still be seen. I feel that some people might have had some misunderstanding, and it happens sometimes… They love us and watch the show, that’s why they might have thought that way. We are a part of a show and just doing comedy with that character. And we don’t have any intentions to hurt anyone purposely.”

Kapil went on to say that, the intention was to bring a smile on the audiences’ face. Everyone on the show is following a profession. The setup itself is about a mohalla where people are not skilled enough to do their jobs.

Meanwhile, the air has been cleared that this was no personal attack on any particular community or profession. We, from the healthcare fraternity must remember that nursing is and will always remain the most noble profession across the globe. Keep shining!!!

Well! Enough of the world of Glam and Glitz….If you are searching for the top Nursing Programs for International Nurses, you have landed at the right place. Check out the best Nursing study programs available abroad, at INSCOL website